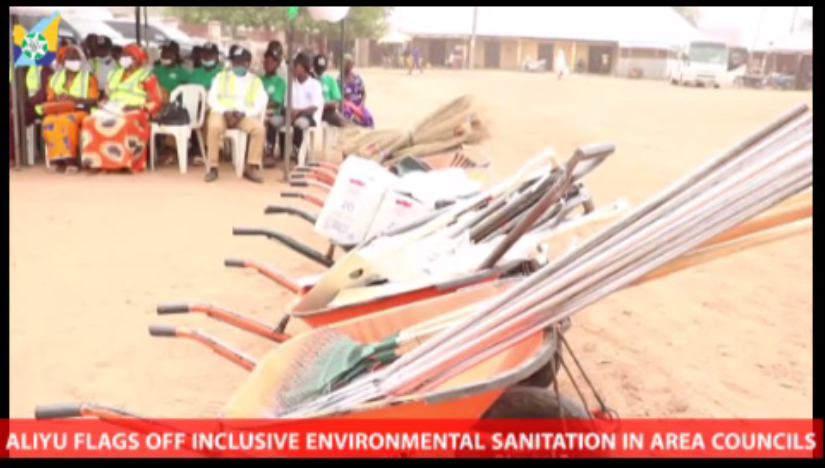 As part of measures to increase public awareness on sound environmental practices in all communities across the six area councils and to inculcate in residents, the habit of maintaining clean and hygienic environments in the satellite towns, FCT Minister of State, Dr. Ramatu Tijjani Aliyu, has flagged off inclusive sensitization on environmental sanitation.

Performing the exercise in Kwali area council of the territory,

Aliyu noted that the FCT Administration is required to “implement higher standards of environmental sanitation and orderliness” as its 4th Performance Deliverable under the Next Level Administration of President Muhammadu Buhari, and to achieve this, all hands must be on deck, and everyone has to take responsibility for her/his actions.

The minister said, “as we continue to grapple with the COVID-19 pandemic, it is important that communities take action to prevent further transmission, reduce the impacts of the outbreak, and support control measures. Proper waste management and good hygiene practices are critical to enhancing public health and are indispensable for optimal economic productivity.

“It is for this reason that the FCT Administration, through the Satellite Towns Development Department (STDD), initiated the “Inclusive Sensitisation on Environmental Sanitation” in all communities in the FCT, to ensure that everyone gets involved in taking actions to guarantee a healthy environment”.

While noting that most of the diseases affecting people are as a result of poor environmental hygiene practices, the effect of which has been an increase in morbidity and mortality rates in children under five, Aliyu assured that the FCT Administration shall continue to enforce existing policies and guidelines on issues related to acceptable waste management practices.

The minister affirmed that indiscriminate disposal of wastes has an impact not only on public health, but also on human dignity and personal safety, noting that the scheme launched would greatly improve the health conditions of residents of the FCT and take a step closer to achieving one of the cardinal objectives of the Administration while advancing the cause of Sustainable Development Goals (SDGs) attainment.

In his remarks, the FCT Permanent Secretary, Mr. Olusola Adesola, stated that the World Bank’s reports on the economic impact of poor sanitation across communities in Nigeria, estimated that Nigeria losses a whooping N455billion annually, representing 1.3 percent of  the nation’s Gross Domestic Product (GDP).

Adesola, who was represented at the occasion by the Acting Secretary Area Council Services Secretariat, Mrs. Omolola Olanipekun, said the event was a clear demonstration and very pungent commitment by the FCT Administration towards improving environmental sanitation and good hygiene across all communities of the six area councils.

He said: “Poor sanitation has become a major public health concern with unprecedented attendant adverse impacts on all of us. It is common knowledge that diseases such as cholera, typhoid, dysentery, diarrhea are linked to poor sanitary conditions. This goes to show that the state of sanitation of a particular community largely determines the health status and wellbeing of its residents”.

Meanwhile, the Director, Environmental Services, Satellite Town Development Department (STDD), Mr Olusegun Olusa, in his overview of the scheme said the FCT master plan made provision for development of sanitary/engineered landfills at Gosa in Abuja Municipal Area Council and Guabe in Kuje Area Council but regretted that both lands have been seriously encumbered.

He, however, assured that,

“The FCDA is working on the design of an engineered landfill to be situated at 350 hectares currently being salvaged from 500 hectares originally provided for in the master plan at Gosa. When developed it will serve as final treatment site for waste from FCC and the Area Council.”

S. A Media to FCT Minister of State 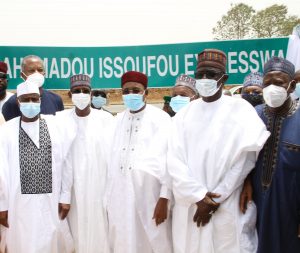