The Federal Capital Territory Administration has disclosed that measures have been put in place for the immediate take off of the Special Agro-industrial Processing Zone (SAPZ) in livestock production.

Specifically, the administration has made provisions in the 2021 budget to the tune of N5 billion as counterpart funds for the actualization of the project in the nation’s capital

Chairman, Project Implementation Committee, Prof. Muhammad Usman, who made this disclosure during stakeholder engagements of AfDB/IFAD-SAPZ appraisal mission to FCT, also revealed that the FCT Administration has developed a strategic implementation plan for the next 3 years of this administration.

Usman, who described the project as a game changer in project development in the Federal Capital Territory, however, noted that the SAPZ was one of the strategies to deliver on Mr. President’s plan to create jobs for the youth and to take 100 million Nigerians out of poverty in the next nine years.

Speaking further on the benefits of the project, Usman stated that the SAPZ when fully established would improve modernise livestock productivity for national food nutrition security by making available quality and price competitive beef/dairy products for local and export markets, stressing that the project would resettle pastoralists, decongest  the FCT of roaming cattle and mitigate farmer/herder conflicts.

According to him, “The SAPZ is essentially one of our strategies to deliver on Mr. President’s plan to create jobs for the youth and to take 100 million Nigerians out of poverty over the next nine years. We plan to complement this with the production in the National Livestock Transformation Plan (NLTP) of the federal government while incentivising as many mult-national corporations with interest in livestock and dairy production.

“Consequently, we have constituted a multi-Sectorial, inter-agency and multi-disciplinary SAPZ project development team for FCTA that has worked through the COVID-19 lockdown period, to prepare draft project implementation checklists, design layouts, and infrastructure provision cost estimates”.

In her presentation, Monde Nyambe, the Task Team Lead of Africa Development Bank (AfDB), said the establishment of SAPZ was one of the plans by the bank to achieve five cardinal objectives to include power and light up Africa, feed Africa, industrialise Africa, integrate Africa and improve quality of life of Africans by using the small holder farmers.

She, however, expressed the commitment of the bank for the actualization of the project. 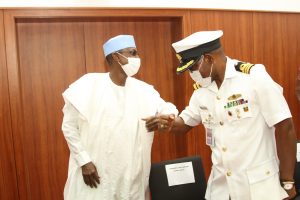 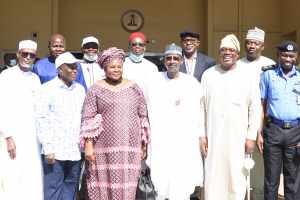