The Federal Capital Territory Administration (FCTA) has reintroduced the park and pay policy in the city centre.

Briefing journalists on Tuesday in Abuja, the Acting Secretary FCT Transportation Secretariat, Usman Yahaya said reintroducing the on-street parking policy was to bring about sanity in the city.

Recall that the park and pay policy became a controversial issue about five years ago before a court judgment stopped the FCT Administration from further collecting fees from residents for on and off the street parking within the metropolis.

He explained that the on-street parking scheme, which will be managed by four companies would commence in May, 2021.

The “On-street parking management was suspended in 2014 as a result of an FCT High Court ruling that declared the operation illegal because it was not specifically mentioned in the 2005 FCT Road Transport Regulation.

“The scheme was riddled with so many complexities, the operators were accused of many ill acts, but we have resolved the issues, so in May this year the scheme will kick off.

“In the past seven years, the Administration had embarked on various measures aimed at addressing the concerns raised by the Court and the public with regards to the scheme, the FCT Administration in collaboration with its legal team produced FCT Parking Regulations 2019 to amend the parking section of 2005 FCT Road Transport Regulations” he said.

The Acting Director stated that the four operators would cover the whole Federal Capital City which would be divided into districts for proper exercise.

However, reactions have continued to trailed reintroduction of the policy as many residents Abuja Digest Weekly spoke to appealed to the authorities to be civil and fair when the policy finally commences.

They also urged the operators to be truly /born again” and stay away from the practices of father former operators whom the berated for harassment and sharp practices. 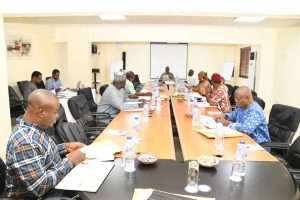 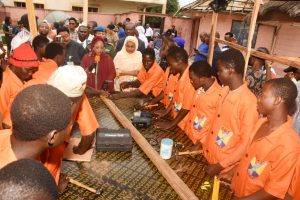