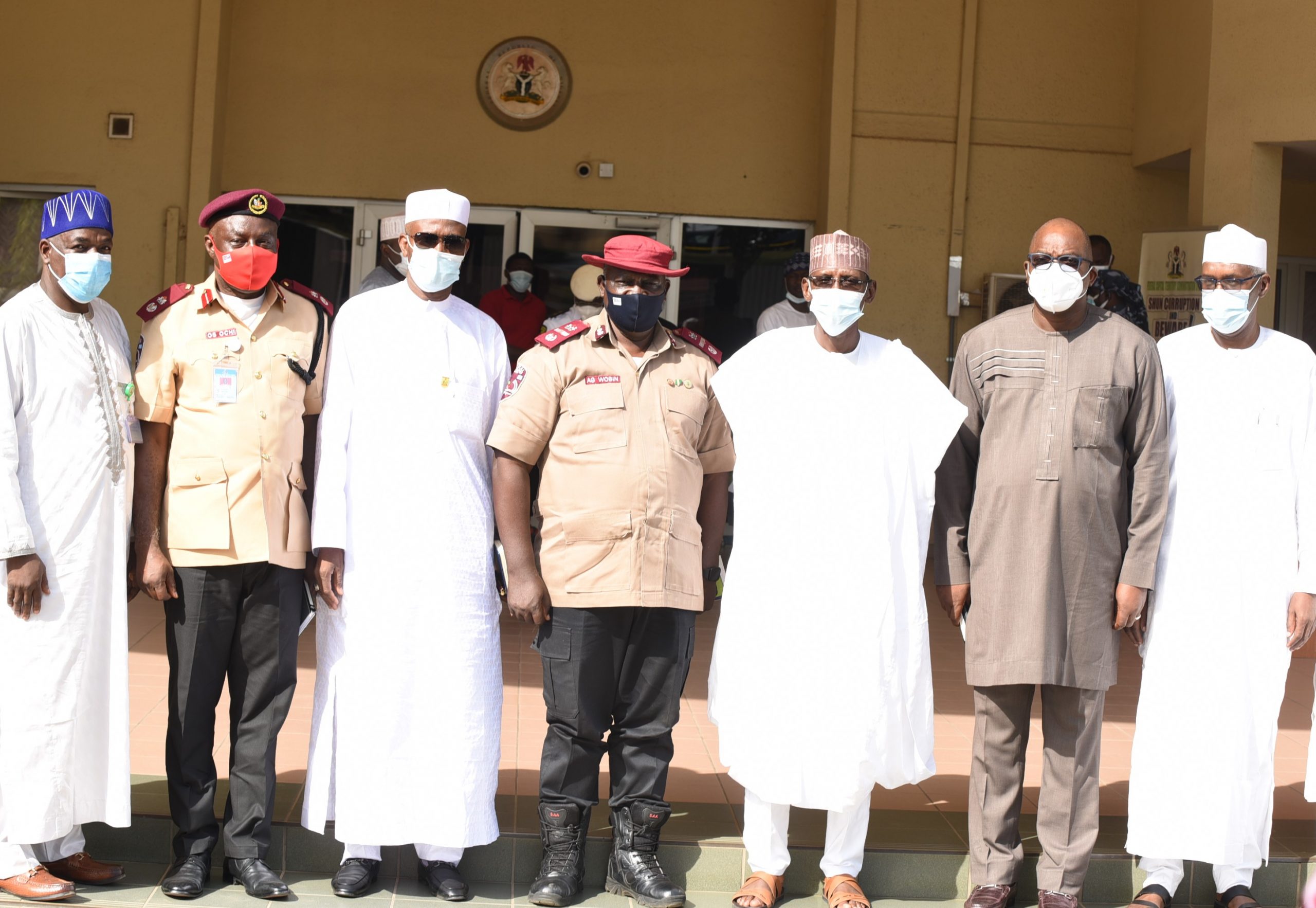 1.     FCT Minister, Malam Muhammad Musa Bello has charged the incoming FCT Sector Commander of the Federal Road Safety Corps, (FRSC), Mr Samuel Ogar Ochi, to ensure the enforcement of all traffic regulation on FCT roads and also embark on enlightenment and advocacy in the discharge of his duties.

2.  The Minister said this when he received the new Sector Commander in his office. In the words of Malam Bello, “In the discharge of your duties, your keyword should be enforcement, enforcement, enforcement. After these three keys, you can go to the second one which is enlightenment and advocacy because so many people on the streets are driving vehicles without knowledge of traffic regulations”.

3. Malam Bello also urged Mr Ochi who had previously functioned as the Head of Operations of the FRSC in the FCT, to pay adequate attention to, and meet the traffic challenges along Airport Road, which he reminded the official is a 10 lane  expressway  comprising of numerous bus stops, pedestrian bridges, has several settlements bordering it and a  major gateway into the city4.     While expressing confidence in the ability of the new Sector Commander to meet the challenges, the Minister also said apart from the Airport Road he should also focus on the Nnamdi Azikiwe Expressway, “starting all the way from the interchange junction, right through to the Apo Interchange, as well as the Aminu Kano Crescent in Wuse II. These are some of the areas in the city where you have the greatest concentration of traffic and also the greatest challenges”.
5. Malam Bello also urged Mr Ochi to ensure the commitment of the men and women to their jobs, while   pledging  the continuous support of the FCT Administration to the FRSC in the discharge of its responsibilities in the FCT.

6.  In his response, the new Sector Commander, pledged to work hard to meet the challenges of ensuring road safety in the FCT, saying that he was already familiar with the demands of his assignment in the FCT.

7.  He also commended the FCT Minister for the steps taken to improve traffic management in the Territory inclusive of restrictions placed on the operations of tricycles and commercial motorcycles as well as the construction of roads saying “you can now drive to Dutse as if you are within the city”.

8.    Speaking earlier the outgoing Sector Commander Mr Ayuba Gora Wobin  expressed his appreciation to the FCT Minister for all the support he enjoyed from the FCT Administration as the Sector Commander.

9.  While he said the job was challenging due to the constant influx of people into the FCT, he maintained that cooperation of officials of the FCT Administration contributed to the successes he enjoyed.

10. The FCT Minister presented a letter of commendation and a souvenir gift to Mr Wobin.

11. Also present at the event were the Permanent Secretary, FCTA, Mr Olusade Adesola, the Chief of Staff to the FCT Minister, Malam Bashir Mai-Bornu, the Director Human Resources Management, Dr Bashir Muhammed, the Director Security Services, Mr Adamu Gwary and other senior staff of the FCTA. 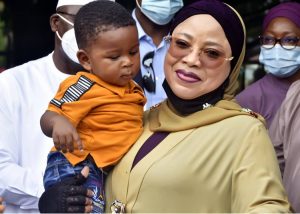