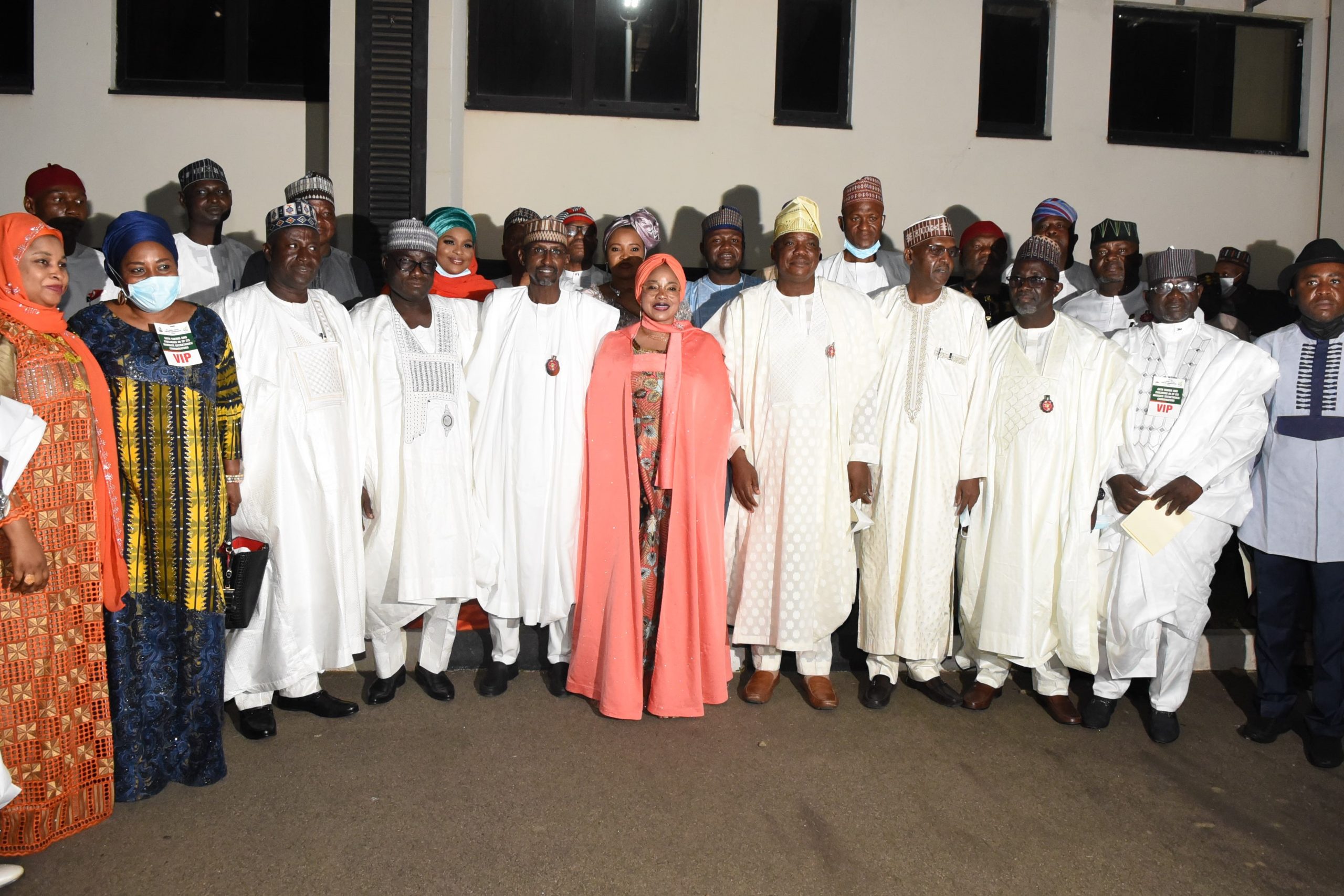 …Charges them on effective communication, corruption

1.   Minister of the Federal Capital Territory, Malam Muhammad Musa Bello, on Tuesday swore-in the newly appointed Mandate Secretaries and the Coordinators of the Satellite Town Development Department and the Abuja Metropolitan Management Council (AMMC) into their various offices.

2.   Delivering keynote address during the swearing-in ceremony, the Minister said that the appointments were done to advance the people-centered policies of the Administration of President Muhammadu Buhari.

3.   Malam Bello who noted that the appointees had undergone a very rigorous selection process, added that their antecedents and proven track records were the major considerations that earned them the appointments. He therefore charged them to always live up to the confidence reposed in them by President Buhari and other Nigerians in the discharge of their responsibilities.

4.   Malam Bello while also reminding the appointees that they had very little time to stay in office, tasked them to immediately key into ongoing activities within their jurisdiction and help drive these activities further with more purpose and grit.

5.   Bello while setting the agenda for the new appointees said social services, security, restoration of the Abuja Masterplan, in addition to improving waste management, city cleanliness, environmental protection and transportation, among others were top on the agenda of the FCT Administration.

6.   On transportation, the Minister said the FCT Administration is working to create enabling environment for the private sector to become the major driver of the sector, in order to avoid the mistakes of the past where huge resources were expended by government with little concomitant benefits.

7.   Closely associated with public transportation, the Minister added, are the issues of street and traffic lights which he said also require innovative ideas to address the issues of theft and vandalism.

8.   Malam Bello also urged the appointees to continue to build on the successes recorded in education and health sectors and make concerted efforts to complete all on-going infrastructural and road projects in the satellite towns.

9.   The Minister also disclosed that the issue of revenue generation was a major concern of the FCT Administration, adding that the new Economic Planning, Revenue Generation and PPP Mandate Secretariat was specifically created for this purpose.

11.                   The FCT Minister however cautioned the new appointees against engaging in acts of corruption and economic sabotage, warning that the Administration would not hesitate to punish any appointee found culpable.

12.                   He stated that the recent award given to the FCTA by the ICPC as the best across the country in the Ethics, Integrity and Compliance Scorecard was an indication of the anticorruption posture of the FCT Administration

13.                   According to the Minister, “I once more wish to reiterate that anyone found guilty of malfeasance will not be shielded and will certainly be punished to the full extent of the law.”

16.                   The Minister advised the appointees to work in synergy and leverage effective horizontal communication in the discharge of  their official responsibilities.