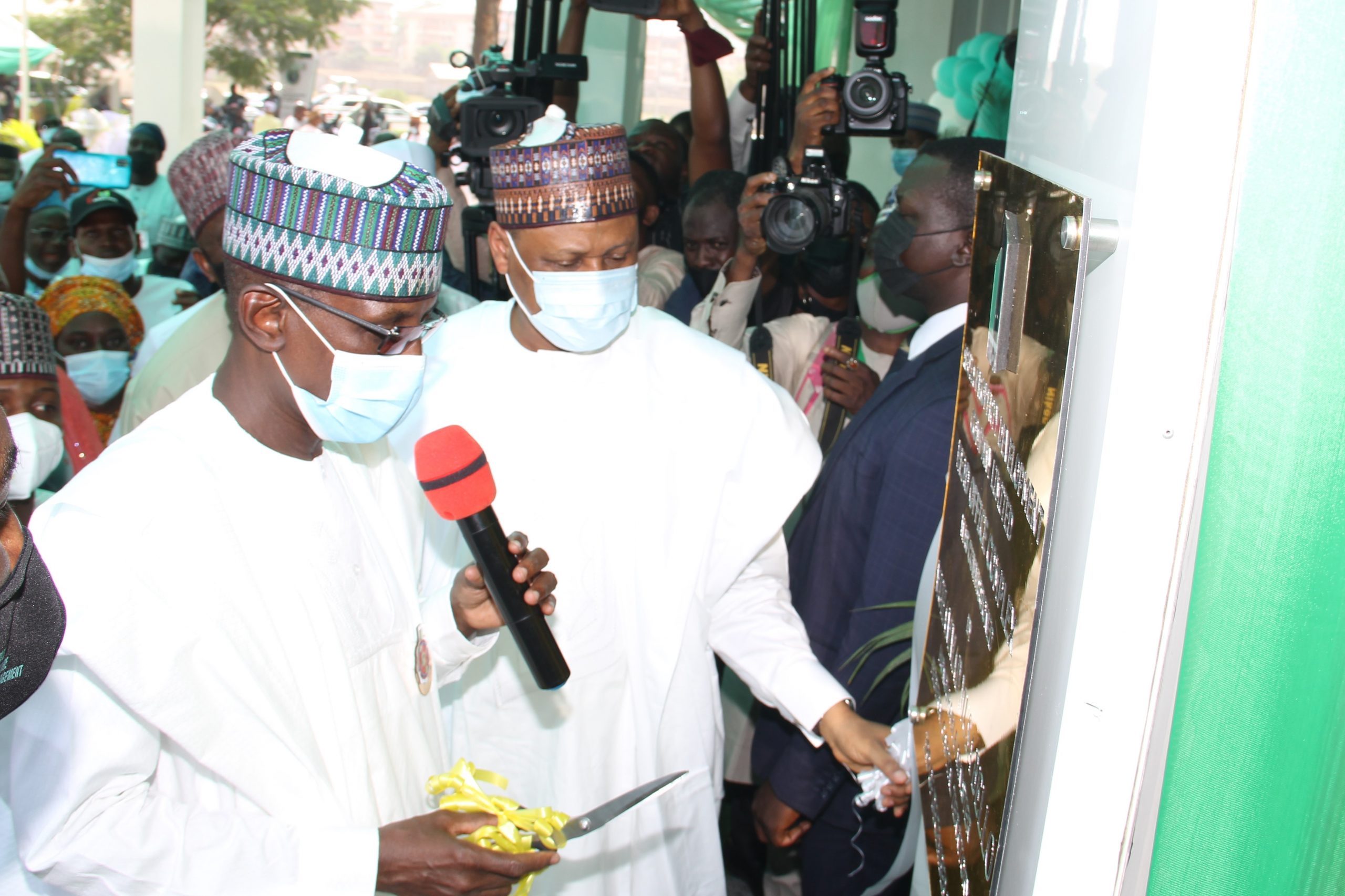 …ADVISES OFF TAKERS ON DUE DILIGENCE

...SAYS ATTACKS ON FCTA OFFICIALS WILL NO LONGER BE TOLERATED

2.    The Minister in his address commended the pioneer as well as the current managementand staff of the APDC for building it from a small company to what it is todayand said that with the right attitude, innovation, adaptability to dynamicsituations and dedication to work, even government companies can not only growbut also turn a profit while meeting the objectives for which they wereestablished.

3.    Speakingfurther, he commended the company for the innovations it adapted in managingthe company saying that was the way construction for sale to the public shouldbe done using the Company’s Capital Estate along Kubwa Expressway as anexample.

4.    Hehowever condemned the actions by unscrupulous developers especially on thefringes of the Federal Capital City (FCC) who construct without appropriatepermission and said that such buildings will be pulled down no matter howhighly placed their owners were.

5.    Inthe words of the Minister “there are certain investors, unscrupulous persons who decideespecially on the fringes of the city, to build without permission, to build onunallocated land, to build with impunity and to spend enormous amount ofresources on fraudulent allocations or non at all and without building permits. You mustprobably have noticed that over the last few weeks, we have been demolishingand we will continue to demolish them”

6.    The Minister also warned that goingforward, any investor or developer that attacks staff of the FCTA in the courseof their duties will be brought up on criminal charges and duly prosecuted tothe full extent of the law. The Minister laid emphasis on this saying “We wantto develop the city but the city has to be developed in an organized manner,just like it is done in all parts of the world”.

7.    TheMinister added that the Administration was working closely with the Real EstateDevelopment Association of Nigeria (REDAN), the National Assembly as well as the EFCC and ICPCbecause a number of the identified offending properties were purchased withill-gotten funds and the properties used to launder such funds. All these, theMinister said would no longer be accepted.

8.    Malam Bello also said that staff ofthe FCTA who signs off on, and allows illegal buildings to be developed willalso be punished saying “for every property that is allowed to stand and anofficial somewhere has not done his or her work, we will not spare theseofficials as well because at the end of the day, it is the off-takers that loseout.

9.    He also advised off-takers or otherinvestors who wish to purchase any property to do their due diligence and ensurethat the properties they are interested in are genuine and the developer, wasgenuine.

10.  He however assured genuine developers and investors that theirproperties will not be touched as long as their
properties were erected ongenuinely allocated land with the proper documents adding that they should alsoprocure the services of a solicitor for legal guidance and advice beforeconcluding any purchase.

11.   He also assured that the FCTA will place emphasis on planningand development control measures in the establishment of estates to ensure thatfacilities such as play areas, provision for community centers-shoppingfacilities, places of worship
and educational facilities are included.

12.  The Minister explained that part ofthe reasons why flooding sometimes affect residential estates was becausedevelopment control plans were not enforced and assured that this was going tochange because every live is sacrosanct.

13.    The idea of living on an estateaccording to the Minister, is to live in a community    that is safe, serene, beautiful and peaceful so that people can raise their families and children in an environment thatmakes them productive as a people.

14.    Concluding, Malam Bello said “we cannot just create estates whereevery square inch is dedicated to building and
that’s why our enforcementactivities will be enhanced.”

15.   Responding to a call for for the establishment of farmersmarkets in the FCT, the Minister assured that as many of
such facilities willbe established before the end of his tenure and also commended the efforts ofDr Aliyu Modibbo Umar for his efforts in developing the FCT during his shortspell as FCT Minister.

16.   Speaking earlier, the Managing Director of the APDC  Builder Lawal Magaji paid tribute to hispredecessors and said
that the building was constructed without taking anyloans and that parts of it were already leased out and commended the FCTMinister for his support for the company.

17.      Also present at the event were the Permanent Secretary, FCTA, MrOlusade Adesola, The Chief of Staff to the FCT
Minister, Malam BashirMai-Bornu, the Emir of Nasarawa HRH Alh. Ibrahim Usman Jibril, Chairman, Boardof Directors APDC Alh. Muhammed Idris, other Board Member of the company,management staff of the FCTA and the APDC. 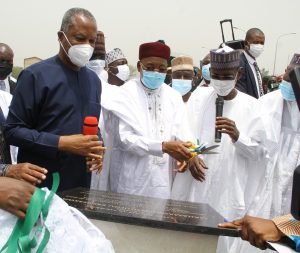