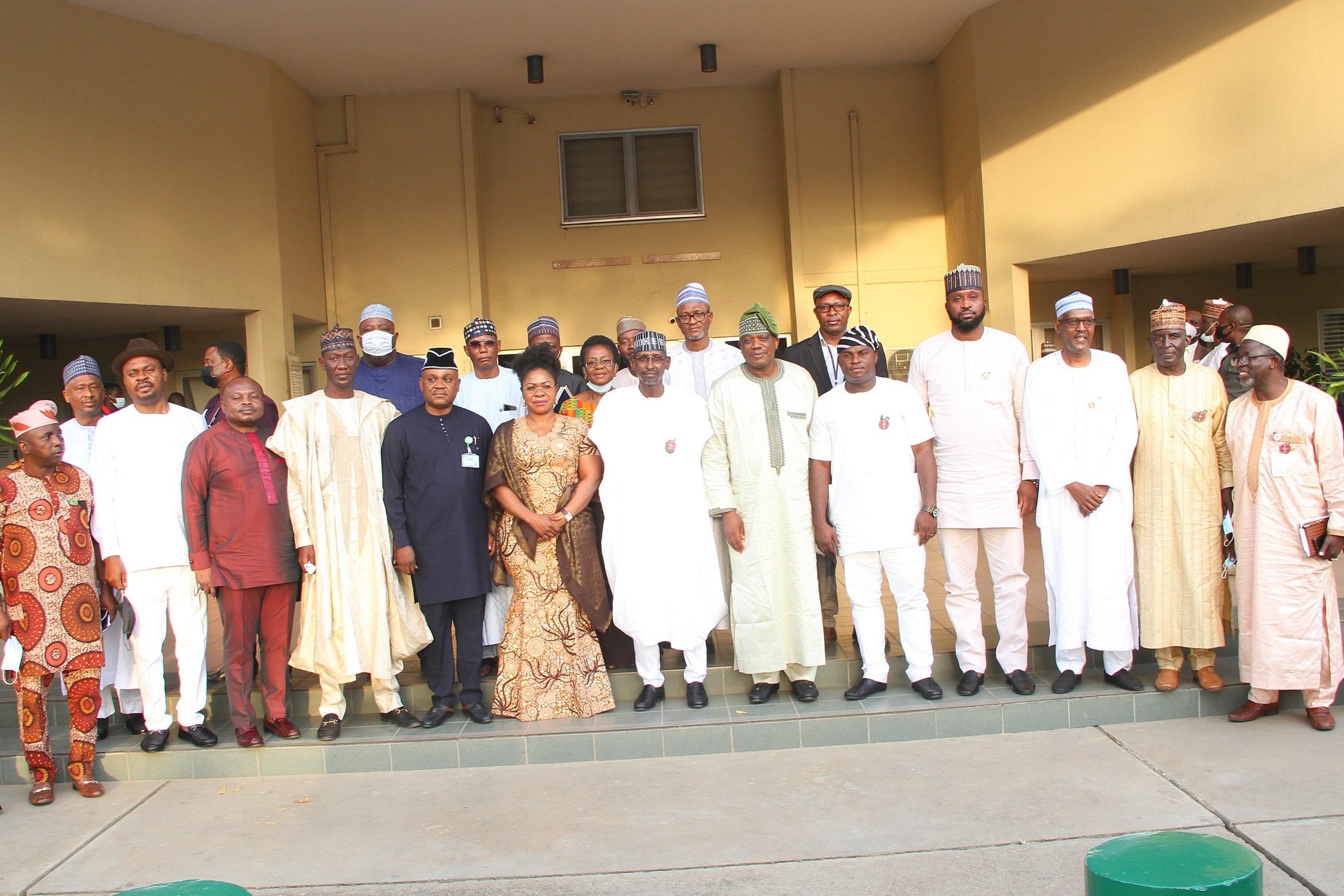 1.    The FCTA will work closely with the House of Representatives Ad Hoc Committee investigating the operations of housing estate developers in the FCT in order to sanitize the Estate Development sub- sector in the nation’s capital.

2.    This commitment was made by the FCT Minister, Malam Muhammad Musa Bello, when he received members of the Committee led by its Chairman, Hon. Blessing Onuh to the FCTA.

3.    Malam Bello who said the Committee was God sent, directed that officers on the level of Assistant Directors from the Departments of Land Administration, Resettlement and Compensation, Mass Housing, Survey and Mapping, Development Control, Urban and Regional Planning, Legal Secretariat and the Abuja Geographic Information System (AGIS) should be assigned to work closely with the Committee to meet the mutually desired goals of the FCTA and the House of Representatives.

4.    The Minister said that the private estate development and mass housing policy of the FCT Administration has not functioned the way it was intended, thus the need to re-align it to meet the needs of residents of the FCT.

5.    In the words of the Minister, “we allocated land and we have the responsibility to make sure that developments are done according to regulations established. But the reality is that it has not worked like that.”

6.    The reality is that going round the city, especially in the fringes and parts of phases 3 and 4, you will see massive estates built under the concept of “mass” (housing), but they are all empty. Absolutely empty. No off-takers, no tenants and these structures become security challenges”. The minister added.

8.    Speaking further, the Minister said “I want to reiterate that every estate is supposed to have green areas, community social centers, places for recreation, for sports and worship because it is meant  be  a Community”

9.    He decried instances where frictions arose between off-takers and the developers often due to non-disclosure of hidden charges that often frustrated off-takers who could neither sell their house or vacate them.

10.Most of the challenges, the Minister said were as a result of institutions that became weakened due to the rise in FCT’s population  and other factors “as people who were supposed to  check  standards against performance could not do the work effectively and that is the crux of the matter”.

11.Malam Bello also disclosed that the FCTA was working with the Real Estate Development Association of Nigeria (REDAN) and the relevant security agencies because it has come to the realization of the authorities that some of the estates also served as a means of money laundering where the basic concepts of KYC (Know Your Customers) have been jettisoned.

12.But these challenges the Minister said, were surmountable with the support of the legislature and the judicial system and promised that the FCTA will strengthen its own institutions “so that they will be better staffed, better equipped and sanctions applied to individuals who fail to do what they are supposed to do”.

13.Speaking earlier, the Chairman of the ad hoc Committee, Hon Blessing Onuh reminded the FCT Administration that on the 29th of June, the Speaker and leadership of the House of Representatives constituted a committee to investigate the operations of real estate developers in the FCT.

14.The Committee’s mandate Hon. Onu said was expansive and included liaising with the relevant agencies of the FCTA, prosecute estate developers in cases of fraud and also called on members of the public to lodge their complaint where they will have the opportunity to interface with developers in solving them.

15.While calling for the support and cooperation of the FCT Administration, she “there is the need for us to sanitize the sector and in sanitizing it, it has to be a joint force. You have the guidelines and the policies and all it takes is for us to do the right thing”.

16.Also present at the visit were the Permanent Secretary, FCTA, Mr Olusade Adesola, the chief of staff to the Minister, Bashir Mai-Bornu, the Executive Secretary of the FCDA Engr Shehu Hadi Ahmed, the Coordinator AMMC, TPL Umar Shuaibu, the Secretary Economic Planning, Revenue Generation and PPP Secretariat Hon. Agboola Lukman Dabiri and other senior officials of the FCTA as well as members of the ad hoc Committee. 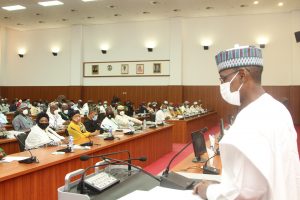 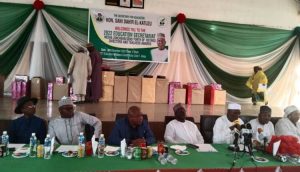