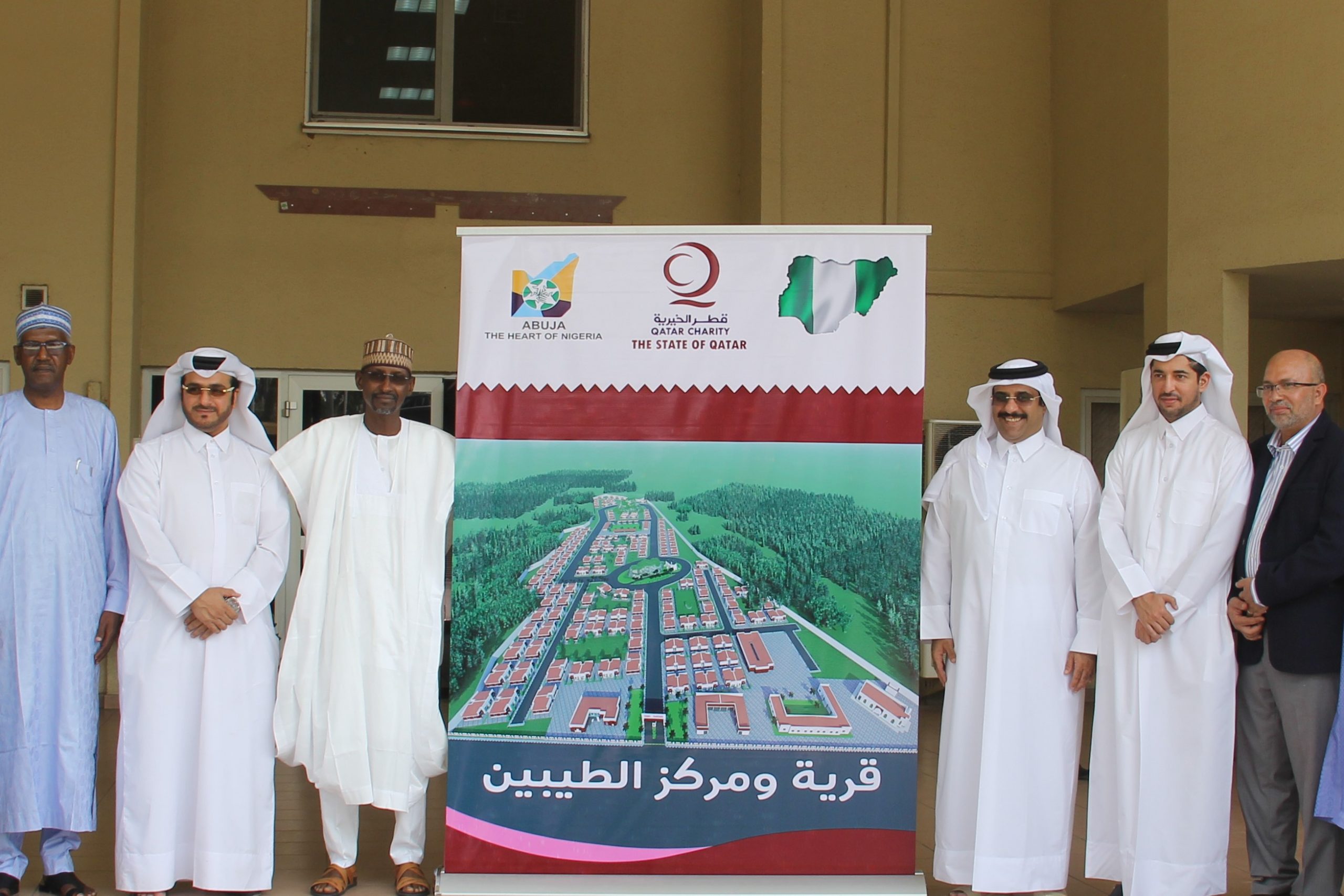 FCT Minister, Malam Muhammad Musa Bello (3rd left) Ambassador of Qatar to Nigeria HE (Dr) Ali bin Ghanim Al-Hajri (4th left) flanked by officials of Qatar Charity and the FCTA following the signing of an MOU for the construction of 200 housing units for widows in Abuja by Qatar Charity.

… TO COLLABORATE ON ESTABLISHMENT OF WORLD CLASS HOSPITAL IN ABUJA

1.     The FCT Administration and Qatar Charity, an international humanitarian, non-governmental organisation, have signed a Memorandum of Understanding (MOU) for the development of 200 housing units for widows in the Federal Capital Territory.

2.     The MOU was signed during the courtesy visit of HE, Ali Bin Ghaneim  Al Hajri, the Qatar Ambassador to Nigeria, to the FCTA.

3.     Speaking during the visit. Malam Bello said that the religions of Christianity and Islam  encouraged taking care of widows and the vulnerable members of society and the FCTA was granting full support to the project from Qatar Charity.

4.     The Minister also said that the FCT Administration was also in discussion with Qatar Charity for the establishment of an office for the organisation in Abuja and also an orphanage to take care of children, who, for reasons not of their own making, have lost their parents.

5.     Malam Bello equally revealed that due to the very close relationship between President Muhammadu Buhari and the leader of the State of Qatar, the Qatar Charity is also considering establishing an international world class hospital in Abuja.

6.     Speaking on this, the Minister said that the FCT Administration was working hard to make the nation’s capital a destination of choice for world class medical services across the country and indeed West Africa. This proposed project, Malam Bello said will add value to the status of Abuja as a very important medical care destination on the African continent.

7.     The FCTA, he also revealed is making efforts to identify land in a suitable location for the immediate commencement of the hospital project for the benefit of humanity.

8.     Malam Bello called for the widening of the business and commercial relationship between the State of Qatar and Nigeria, saying that the nation’s capital is well located to be the driver of this process taking into cognizance the direct air link between Doha and Abuja.

9.     Speaking earlier, the Qatar Ambassador to Nigeria, revealed that the housing project for widows will be completed by the end of the year.

10. Also present at the event were the Chief of Staff to the Minister, Malam Bashir Mai-Bornu, the Executive Secretary of the FCDA, Engr Shehu Hadi Ahmed, Mr Hamdi Said Muhammad head of Qatar Charity in Nigeria and other senior officials of the FCTA. 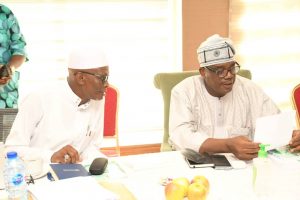 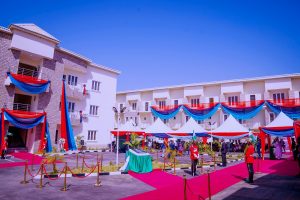