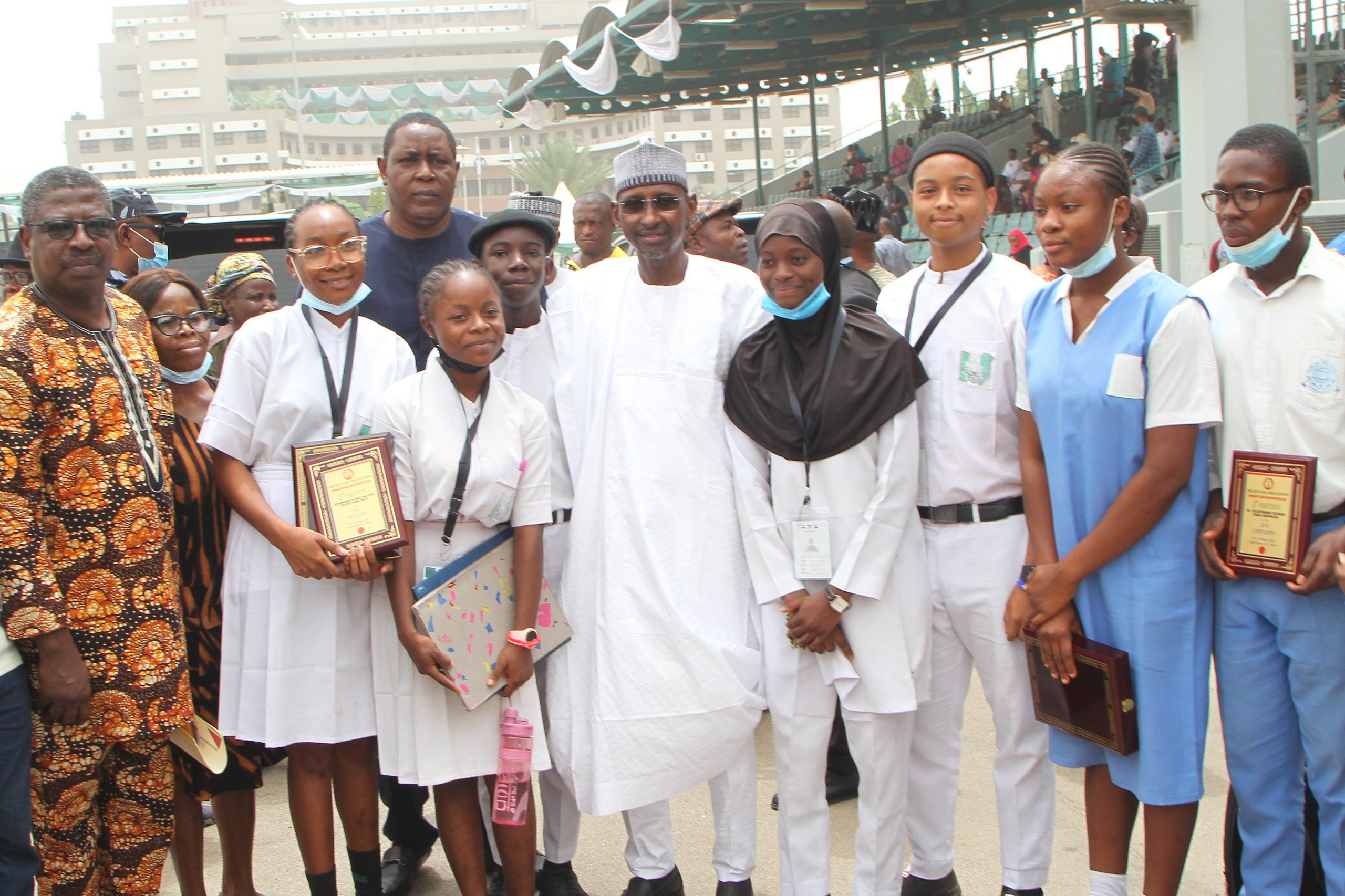 …REITERATES COMMITMENT TO DEVELOPMENT OF SCIENCE AND TECHNOLOGY EDUCATION

1.     The Honorable. Minister of the FCT, Malam Muhammad Musa Bello has commended the students of Government Science Secondary School, Area 3 Garki, and Government Secondary School, Gwagwalada for their scientific inventions and innovations presented at the just concluded 2022 Technology and Innovation EXPO organized by the Federal Ministry of Science, Technology and innovation in Abuja.

2.     Both schools won laurels for their presentations at the National Junior Engineers, Technicians and Scientists (JETS) category at the EXPO. While Government Science Technical College Area 3, Garki came second for its project which was the production of re-useable sanitary pads from banana trunks, Government Secondary School Gwagwalada came third for its automated water sprinkler system project.

3.     While meeting and congratulating the students for their performance at the EXPO, Malam Bello reiterated the commitment of the FCT Administration to the development of science and technology education in the FCT.

4.     Also in a goodwill message to the EXPO, he said the realization of the crucial role of Science and Technology in the overall development of countries  has further encouraged the FCT Administration to continue to support programmes like the Science and Innovation EXPO

5.     Speaking after the presentation of the prizes to the students, the Director, Department of Science and Technology of the Education Secretariat, Mr Kola Olobashola, said that FCT schools had always been innovative and even clinched  3 top prizes at the 2021 edition of the EXPO

6.     He attributed the success of FCT School sin Science and Technology innovation to the support of the FCT Minister and Administration as well as adequate preparations of the students and schools.

7.     In his words “we make sure each of our schools has a particular innovation peculiar to it and its community and when programmes such this come up, we showcase the best of what our schools have to offer. We also acknowledge and appreciate the efforts of the FCT Minister and the Administration for their support in helping us inculcate a culture of science, technology and innovation in the life and heart of our students”

8.     He also said the FCT has a well-organized school system with committed and qualified teachers and a very effective Quality Assurance Department that ensures that the school curriculum is implemented to the letter.

9.     The FCT school system, he continued, does not tolerate any gaps in its teaching process.“He said we do not entertain gaps and when there are challenges, the system rises up and fills them. For instance, the FCT Education Secretariat’s E-learning platform was effectively deployed during the COVID-19 pandemic”.

10.       Also speaking, the Secretary for Education, Malam Dahir El-Katuzu, stated that the FCT had expected to clinch all three top prizes as it had done previously but promised that changes will be implemented to ensure that the FCT retains the top positions.

12. Malam El-Katuzu also said that efforts were being made to further encourage students to overcome the phobia for mathematics which he said is the bedrock of science and technology education. 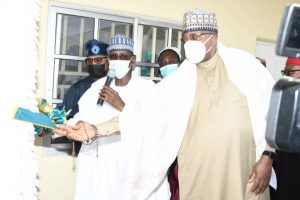