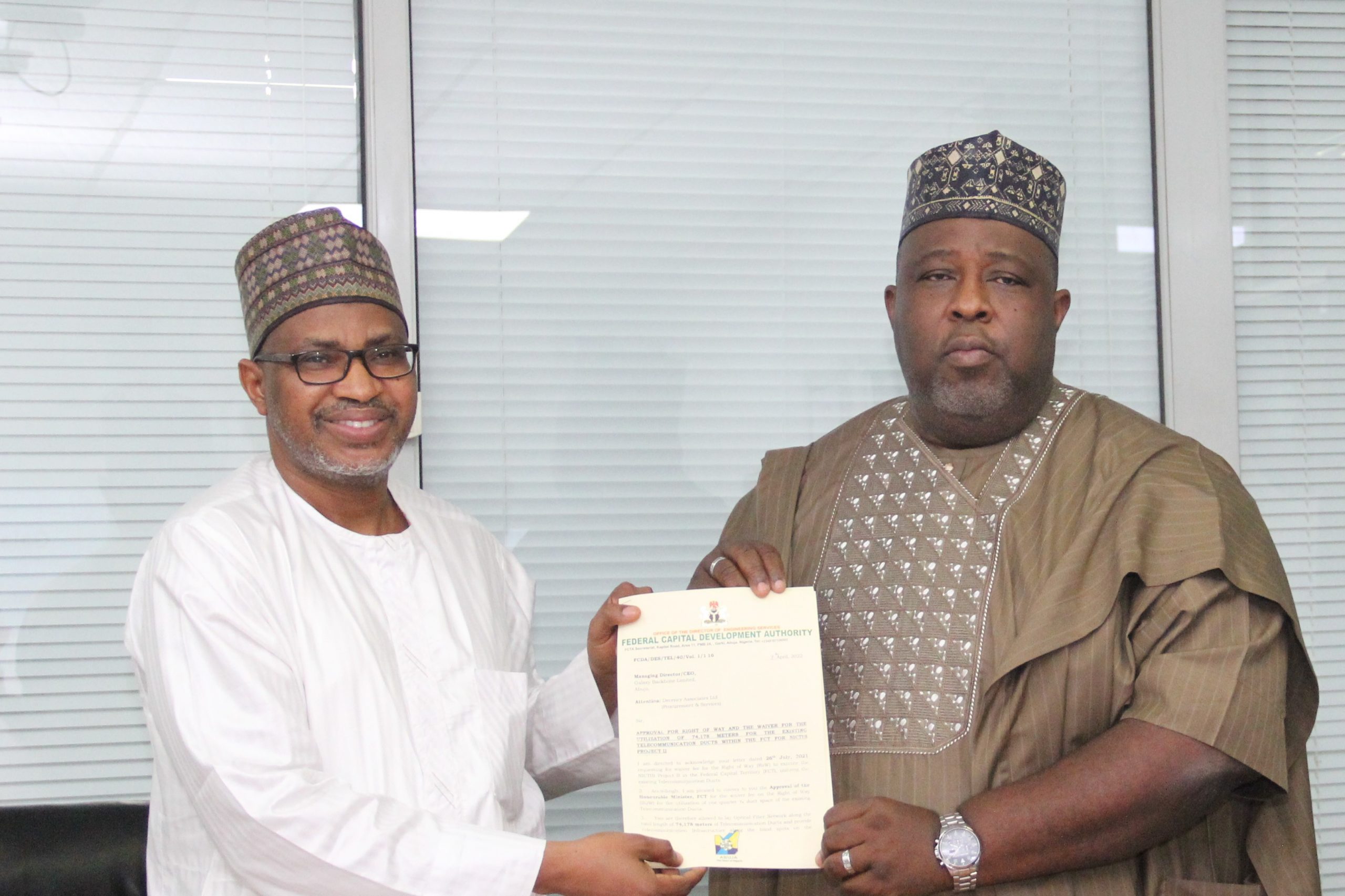 1.     The FCT Administration has granted Galaxy Backbone, the Federal Government’s ICT infrastructure development organisation, a waiver on fees for Right of Way on the utilization of one quarter duct space of existing telecommunication ducts in the nation’s capital.

2.     This will enable Galaxy Backbone to execute the second phase of the National ICT Infrastructure Project in the FCT and further strengthen telecommunication network, improve security, boost the economy and expand  broadband penetration in the FCT.

3.       FCT Minister, Malam Muhammad Musa Bello who stated this at a brief ceremony to present the letter of waiver to the Managing Director, Galaxy Backbone, Professor Muhammad Bello Abubakar at the offices of Galaxy Backbone in Abuja, also said that the waiver was part of efforts by the FCTA to make Abuja a smart city, equipped with an excellent telecommunication network.

4.       Represented by the Secretary of Economic Planning, Revenue Generation and PPP, Hon. Lukman Agboola Dabiri, the Minister said upon execution, the project will also  facilitate a robust broadband connectivity between the FCTA and all its agencies and other Ministries, Departments and Agencies (MDAs) of government in the FCT.

5.       He added: “We will continue to pursue enthusiastically, the provision of Infrastructure towards the development of Abuja in particular and Nigeria in general”.

6.      Receiving the letter of waiver, the Managing Director and Chief Executive of Galaxy Backbone, Professor Muhammad Bello Abubakar, thanked the Minister for granting the waiver which, he said, will go a long way in broadening broadband penetration in FCT and the country at large.

7.       Prof. Abubakar Commended the FCTA for the giant strides it has made in developing the  information Communication Technology sector, describing the FCTA as a pacesetter in terms of providing positive ICT directions and pledged the support of his organisation to the FCTA  in this regard.

8.       Present at the event were, the Director, Engineering Services FCDA, Engr. Obiora Ezeoha, Director of Projects, Office of the FCT Minister, Builder Saka Isiaka Ahmed and other senior officials of the FCTA as well as Executives of Galaxy Backbone. 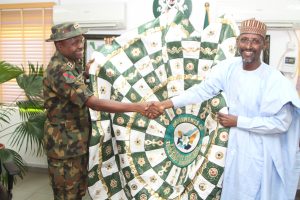 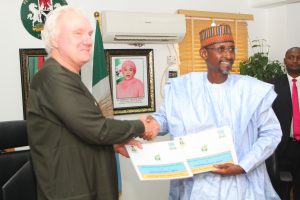