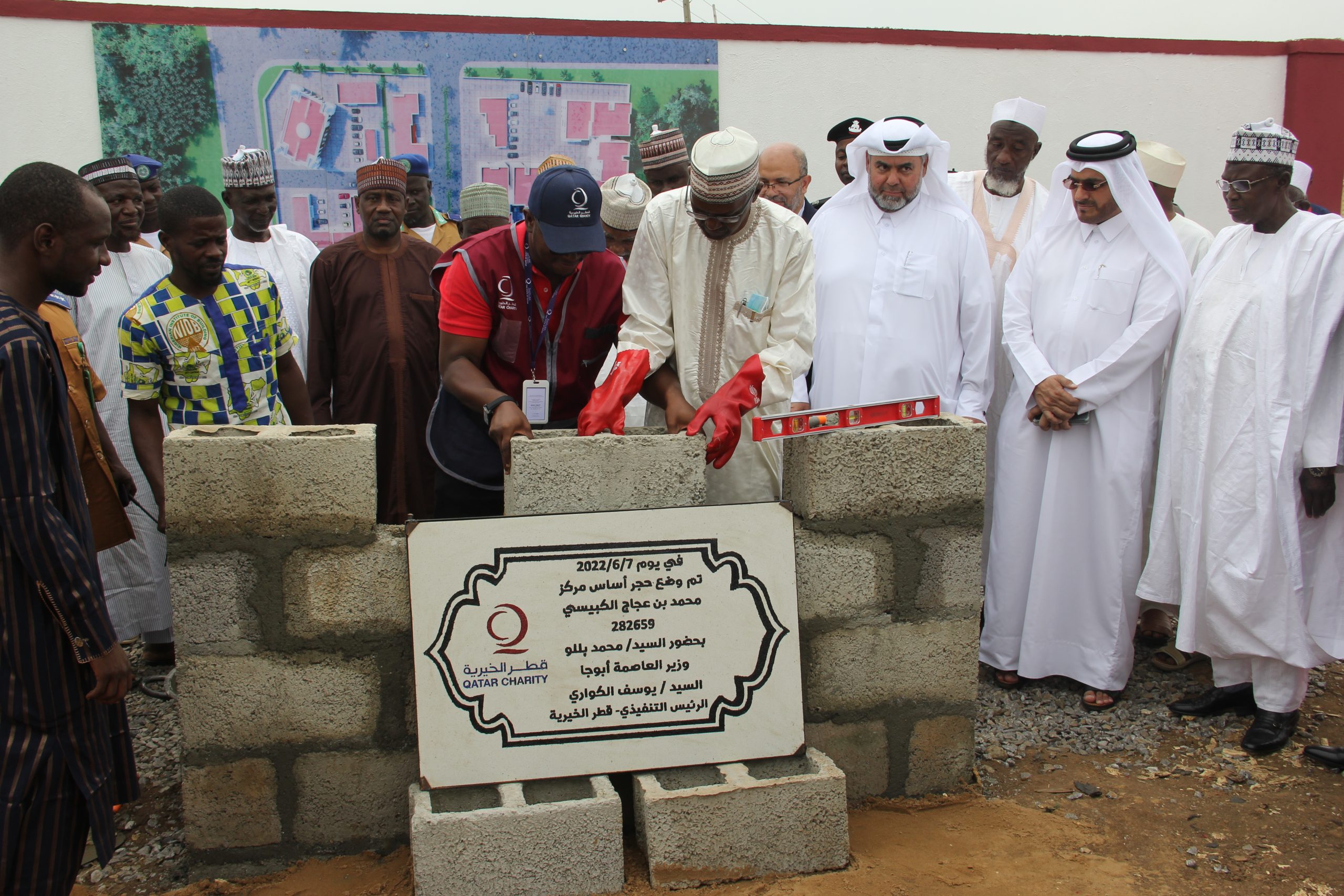 FCT Minister, represented by his Chief of Staff, Malam Bashir Mai-Bornu (middle) performing the foundation stone laying ceremony for 10 projects to be constructed by the Qatar Charity in the Gaduwa District, Abuja on Tuesday, 07/06/2022

1.    The Executive Chairman of the Qatar Charity, an international charity organisation. Yusuf Ahmad Al-Kuwari has commended the FCT Minister, Malam Muhammad Musa Bello for his developmental strides in the Federal Capital Territory.

2.    Yusuf Ahmad Al-Kuwari gave the commendation at the groundbreaking ceremony of 10 projects being executed by Qatar Charity in the Gaduwa District of the FCT.

3.    He also commended the Minister for creating the enabling environment for well-meaning individuals and organisations to contribute their quota towards the growth and development of the Territory.

4.    The Executive Chairman equally commended residents of Abuja, especially those in Gaduwa District for their cooperation with his organisation.

5.    He stressed that his organization was happy to collaborate with the FCT Administration and residents of the Gaduwa community for the projects.

6.    In his address, the FCT Minister, Malam Muhammad Musa Bello  commended Qatar Charity for siting the projects in the nation’s capital.

7.    He said: “Let me also use this opportunity to convey the sincere appreciation of the Administration and the entire residents of the FCT to Qatar Charity for these laudable projects, which will not only bridge  service gaps in the FCT, but also create jobs for our teeming populace”.

8.    The projects to be executed include, a standard clinic, a secondary school, an orphanage, a shopping plaza and a 15,000 litres solar borehole.

9.    Others are staff quarters, children’s playground, a green area, a bakery and 1000-capacity mosque.

10.   The Minster who was represented at the ceremony by his Chief of Staff, Muhammad Bashir Mai-Bornu, also reiterated his appeal for the siting of the Qatar charity’s African headquarters in Abuja.

11.   He said: “I had proposed the establishment of African headquarters of the Qatar Charity in Nigeria, preferably in Abuja and a collaboration between the FCTA and the Charity for a world class hospital and other such projects in Abuja.

12.  He expressed optimism that Qatar Charity will accede to his request in the near future and pledged the FCTA’s continuous support while also thanking them for the ongoing construction of an housing estate for widows and orphans in the Wassa District of Abuja.

13. Also speaking at the event, Chairman, of Gaduwa community association Alhaji Usman Bukar also commended the FCT Minister, for the projects saying that they will have positive impacts on the residents of the area.ANTHONY OGUNLEYECHIEF PRESS SECRETARY07/06/2022 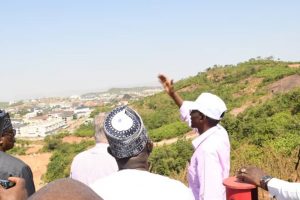 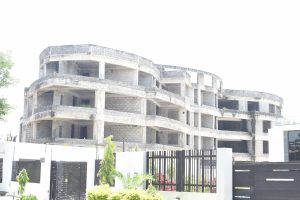