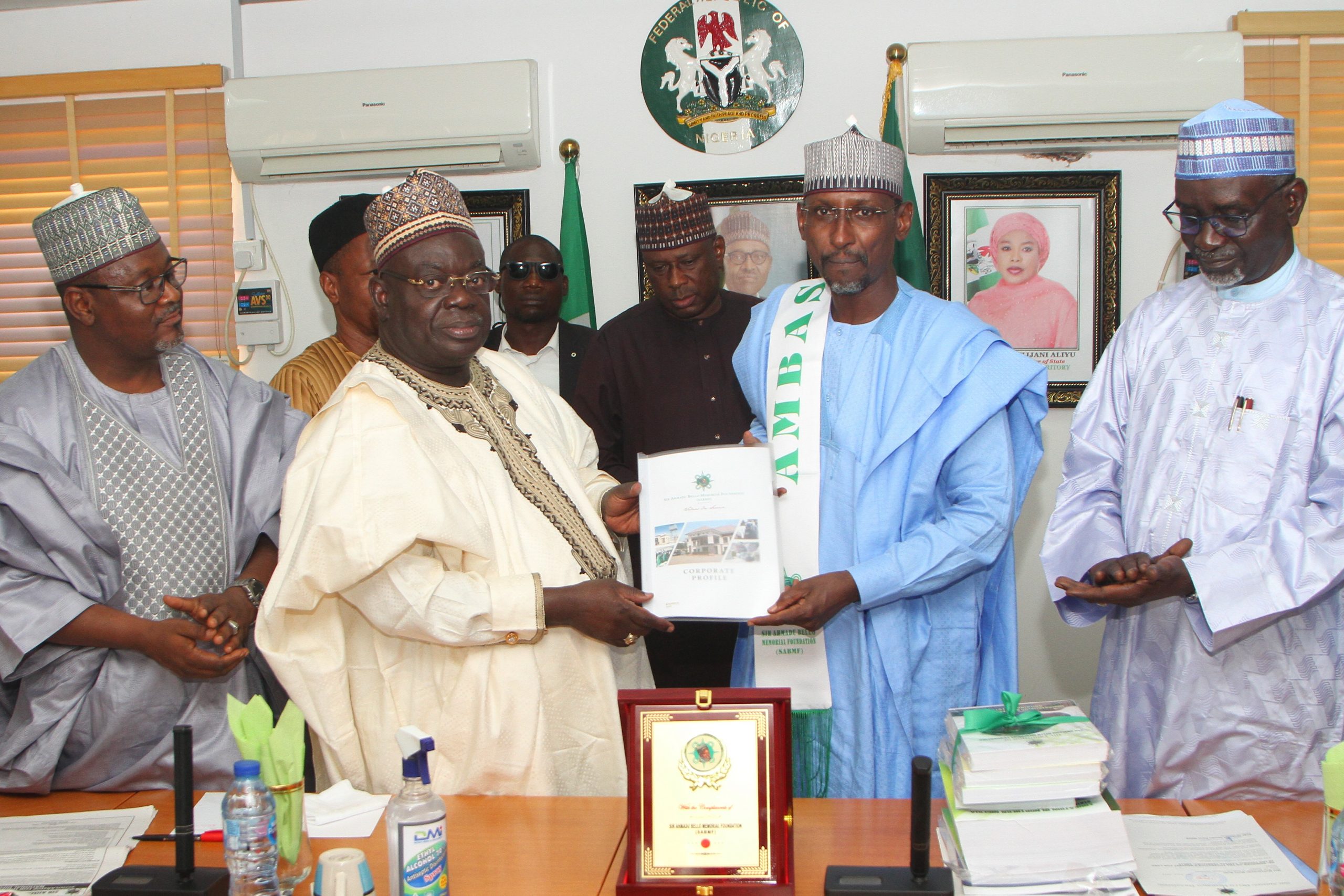 1.     The FCT Minister, Malam Muhammad Musa Bello has pledged the support of the FCT Administration for the activities of the Sir Ahmadu Bello Memorial Foundation in the Federal Capital Territory.

2.     Speaking during a courtesy visit by members of the Board of Trustees and Management of the foundation to the FCT Administration on Thursday, 30th June, Malam Bello recalled that the late Sir. Ahmadu Bello had a great influence on him as a child and as a student, as well on the lives of many other Nigerians.

3.     The Minister also expressed the appreciation of the FCT Administration to the Foundation for its humanitarian activities in the nation’s capital, especially for its donation to the FCT at the height of the Covid-19 pandemic.

4.      Malam Bello was also decorated as an Ambassador of the Foundation during the visit by the Chairman of its Board of Trustees, Dr. Muazu Babangida Aliyu who led the delegation and commended the good work the Minister is doing in the FCT while also thanking him for his support for the Foundation.

5.       Speaking on the activities of the Foundation, Dr. Aliyu said it was deeply involved in the education sector with the provision of scholarships to indigent students whom he said were doing very well in their academic pursuits.

6.     He also used the opportunity to call on Nigerians with the means to sponsor indigent students through school, to do so.

7.     He equally spoke on the legacies of Sir. Ahmadu Bello whom he described as a detribalized Nigerian. He said “There was no discrimination in terms of religion or tribe. All the stories you hear were of unifying the people”.

8.     “We need to remind our children and ourselves that there are values in the northern region that you must stick with if you want to remain united and develop properly”, he added.

9.     Present at the meeting were the Secretary of the Foundation’s Board of Trustees, Mallam Ibrahim Shekarau, its Director General and CEO, Engr. Abubakar Gambo Umar, Chief of Staff to the Minister, Malam Bashir Mai-Bornu, Executive Secretary, FCDA, Engr. Shehu Hadi, and other officials of the Foundation and the FCTA. 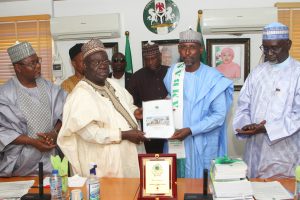