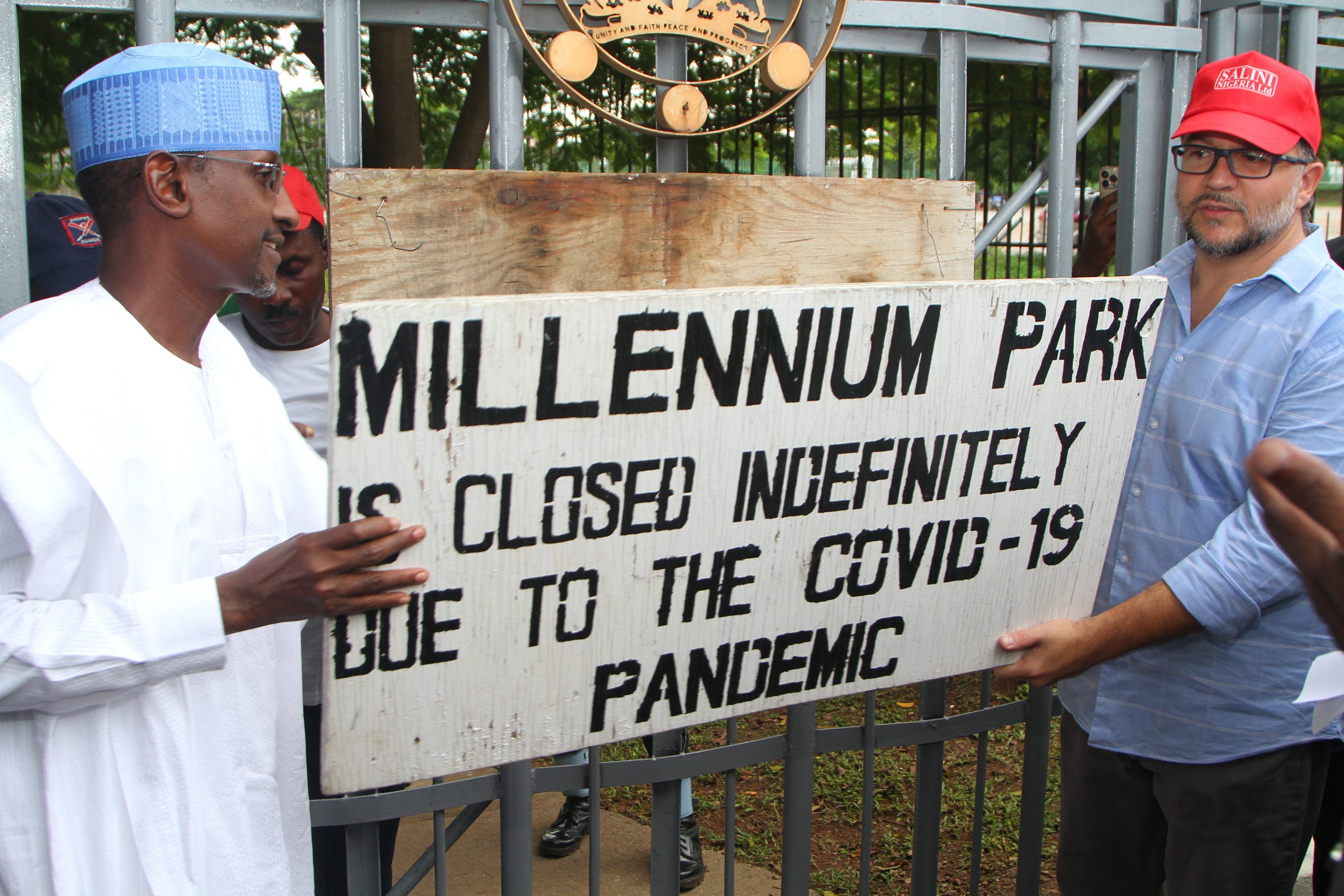 1. The Hon. Minister of the FCT, Malam Muhammad Musa Bello, on Monday, 1st August 2022 reopened the Millennium Park, Abuja, which was closed to the public in 2020 as part of the Administration’s efforts to curb the spread of COVID -19.

2. Accompanied by members of the FCT Executive Committee and other senior officials of the FCTA, Malam Bello, assisted by Engr. Gerrano D’ittria, project manager of Salini Nig Ltd, removed the sign that had indicated the closure of the park and pushed open its gates signifying its reopening for public use.

3. While leading a tour of the park, the FCT Minister remarked that the Millennium Park represents what parks and gardens in the nation’s capital should look and function like.

4. Speaking extensively on this, he said “What we have seen today and what we have witnessed is what truly a Park is supposed to be in Abuja; very beautiful well-kept lawns with fountains and the protection of the ecosystem.

5. The trees here are as old as Abuja, the water body, the fish and the alligators have been protected and more importantly, this is truly speaking, what Abuja stands for – a beautiful green city” he added.

6. Commenting on the versatility of the park as an ideal, environmentally friendly recreation area, the Minister said “Look at the bamboo grove, at the bamboo benches, that is the whole essence of what we are trying to do with parks in the FCT.

7. “There is an area for adults, there is a playground for children, there is a place for people who want to exercise and those who want to just observe and study nature. More importantly, materials used here are also sustainable. This is what a park should be.

9. “The world over, a park is a place where you are supposed to come and have peace and tranquility, to either exercise or meditate” he said.

10. He however lamented that about 95 percent of parks in the FCT do not comply with the park policy of the FCT Administration and blamed weak enforcement practices.

11. Many FCT parks, he said have become hideouts for criminals, are untidy and become concrete jungles with little regards for the green purposes for which they were established.

13. While presenting a latter of appreciation to Engr. Gerrano D’ittria,, who represented the Managing Director of Salini Nig Ltd, Malam Bello said “we are eternally grateful to your company for investing in this place, which has become a pride of our city”.

14. He thereafter pledged the support of the FCT Administration to the company in the maintenance of the park and appealed to members of the public to demonstrate commitment to building the FCT as envisaged by the founding fathers by supporting the park policies of the Administration.

16. In his remarks Mr Gerrano D’ttria commended the Minister’s resolve to reopen the park and reiterated his organization’s readiness to continue to partner with the FCT Administration in meeting challenging situations such as the COVID-19 pandemic.

17. He said that his company constructed the park as part of its corporate social responsibility to the government and residents of the FCT.

18. The FCTA permanent Secretary, Mr Olusade Adesola in his comments also thanked Salini Nig. Ltd for meticulously maintaining the park during the duration of its closure. 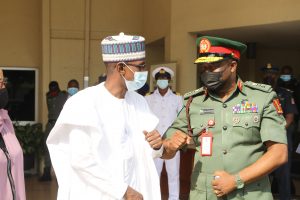 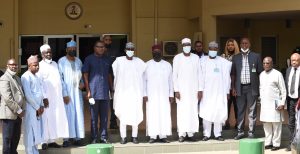