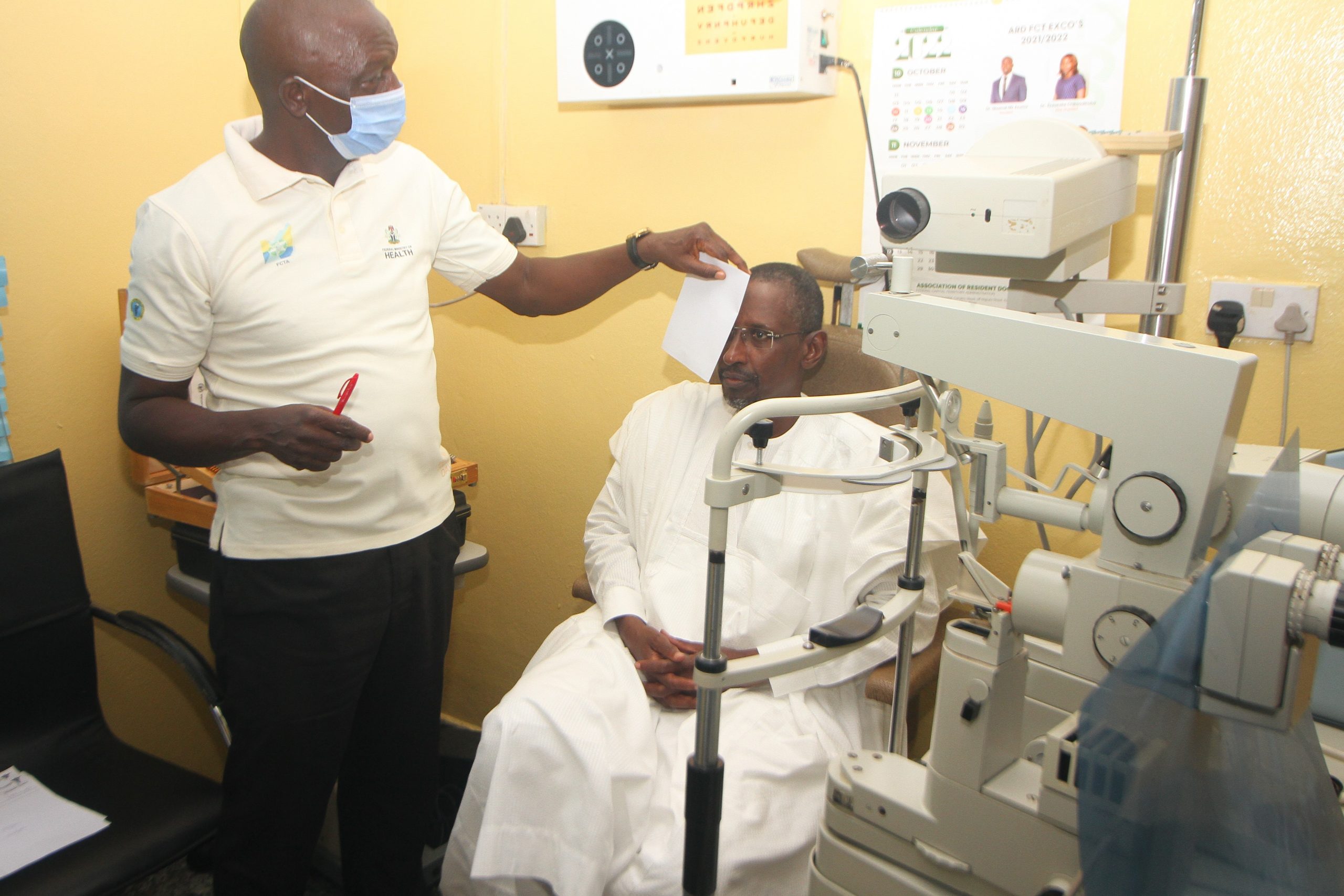 …AS 500 PATIENTS GET FREE CATARACT SURGERIES

1.    The Honourable Minister of the FCT, Malam Muhammad Musa Bello has called on residents of the FCT to take eye health very seriously and love their eyes in line with the theme of the 2022 World Sight Day (WSD).

2.    The Minister said this when he visited the Asokoro District Hospital Eye Clinic as part of activities marking World Sight Day. This is a   day set aside by the World Health Organisation (WHO) and the International Agency for the Prevention of Blindness (IAPB) to draw global attention to eye health.

3.    The Minister, who had his eyes checked during his visit to the clinic said that the eyes were amongst the most important organs bestowed on the human being by God and called on all to take good care of them.

4.    Malam Bello who revealed that he has been wearing glasses since 1982 also disclosed his personal eye care practice which include care for his medicated glasses and use of eye drops.

5.    In the words of the Minister “ I certainly love my eyes and I call on everyone in the  FCT to also love his or her eyes because without eyesight you are constrained in your ability to optimally function”

6.    He also commended the services at the Asokoro District Hospital Eye Clinic describing it as top class with efficient personnel and optimal equipment and urged FCT residents to make use of it.

7.    The Minister who was presented a copy of the National Eye Policy by Dr Fatima Kyari, a board member of the IAPB, immediately directed that it should be domesticated in the FCT.

8.    Also speaking, the Secretary for Health and Human Services, Dr Abubakar Tafida, revealed that the Secretariat in collaboration with some of its partners carried out 500 free cataract surgeries in the FCT as part of the WSD activities and also stressed the importance of good eye care.

9.    The Secretary who noted that one in every 25 Nigerians has a form of eye problem or the other, commended the FCT Minister for prioritizing health issues in the FCT and for making funds available for the 500 free cataract surgeries.

10.                    Dr Tafida also called for the creation of awareness to encourage Nigerians to take good care of their eyes and inform them about the availability of free and affordable eye care services.

11.                    Also speaking during the visit, the Medical Director, Asokoro District Hospital, Dr Uche Afiomah, described the hospital as a centre of excellence for eye care in the FCT, adding that doctors from the hospital also visited communities in the FCT to carry out free surgeries for those who could not afford them.

12.                    She stated that capacity building and residency programmes are being implemented to domicile the skills of ophthalmologists, in addition to other enlightenment programmes to encourage members of the public to take care of their eyes.

13.                    Also present during the visit were the Director General Hospital Management Board, Dr Mohammed Kawu, Director of Public Health, Dr Abdulrahman Saddique and other senior officials of the FCTA. 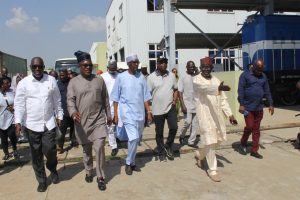 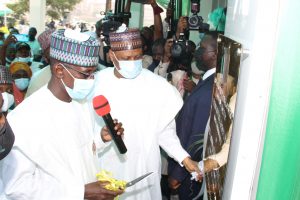